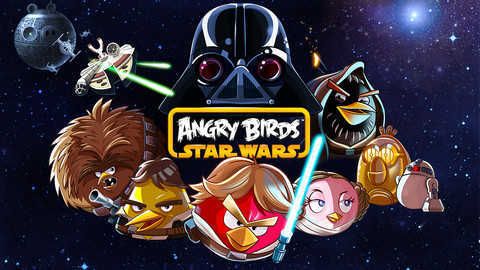 Angry Birds Star Wars is a really fun take on angry birds. There are so many levels and they tie in the actual characters from the star wars movies.The gameplay presents new challenges that help to add a little depth to traditional Angry Birds gameplay and do so without posing too much of a nuisance. 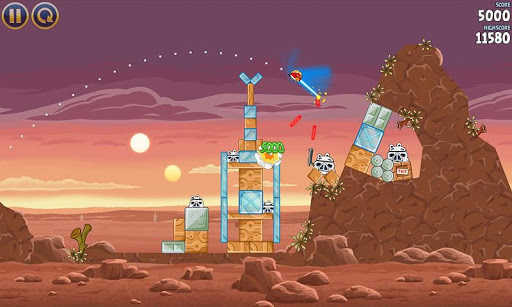 Angry Birds Star Wars is a parody of Stars Wars in the form of the beloved series, Angry Birds. In this game, the red bird has taken the position of Luke Skywalker while the pigs are stormtroopers. The pig king ,obviously, has taken the role of Darth Vader. The other birds have taken the roles of the Star Wars characters you love such as, Obi-Wan, Chewbacca, and Princess Leis. These are not just looks though. Now, each bird has a star wars related power ( including the red bird). The red bird has a lightsaber for you to use, while Obi-Wan can use the force and Han Solo can shoot with his gun. 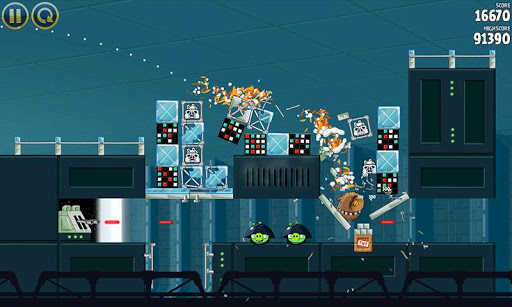