How to Set Player Speed in Among Us Game Games

Game Among Us is a game developed by InnerSloth. This game is called can damage friendships because it will lead us to slander each other. In the Among Us game you will play as a crewmate or as an imposter. In a match you can play with 4 to 10 players and between 1-3 players in one game there are imposters. If the crewmate is tasked with completing the task, then the imposter is in charge of killing the crewmate and sabotaging the crewmate’s tasks. After one of the crewmates found the corpse of his colleague, that’s where we can press the report button to discuss with other friends to determine who the imposter is. .

For those who are new to playing the Among Us game, they certainly don’t know the features in this Among Us game. When we become hosts we can manage skins, pets, hats, etc. We can also manage our games. Like player speed. We can use this player speed feature to determine the speed of the player’s movement while on the ship / while in the game. You can increase the player’s speed up to 3 times, and of course your walking / running movements will be faster in the game. In addition to using the features of the game, you can also set the player speed up to 15 times by using the among us mod apk. In this article, I will share both methods.

How to Set Player Speed in Among Us Game Games

For users curious about how to set player speed in among us game games then you can see the tutorial as follows.

Read: How to Update Korean PUBG Mobile Game To Version 0.19.0 Via Playstore

The First Way (Through Game Features).

1. Please create your own room and become a host by tapping on the create game section.

2. Then approach the computer and tap Customize.

3. Tap on the game section. 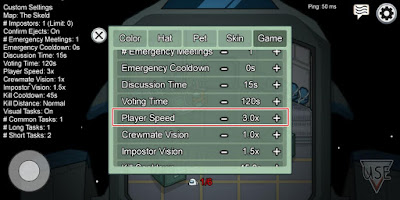 5. Tap the + icon to increase the movement speed, up to a maximum of 3 times.

1. You can also use the among us modification app to set the player speed.

2. Download and install the among us mod apk here .

3. After that, open the game, tap the icon as below to open the mod menu. 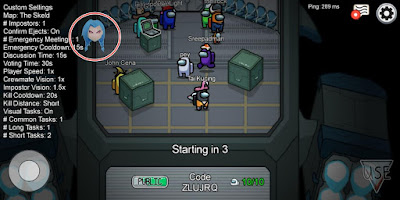 4. In the player speed section, please slide the point up to a maximum speed of 15 times. 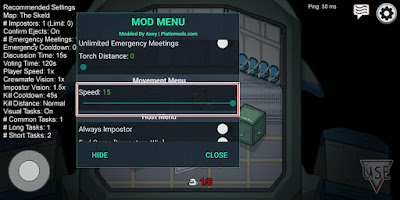 Done, so those are 2 easy ways to adjust player speed in the Among Us game. Good luck and hopefully useful.

For other interesting information you can also see how to play youtube on Xiaomi music player which has been discussed in the previous tutorial which may be very useful for you. But if you have another easier way then you can write it in the comments column below.