Home / Tips / How to Activate Universal Mark in PUBG Mobile

How to Activate Universal Mark in PUBG Mobile

Some time ago the PUBG Mobile game released its latest version, version 0.17.0. In this version, of course, many new features were released.

One of the new features in the latest version of the PUBG Mobile game is the Universal mark feature. This feature is to facilitate communication between players by marking locations such as enemy locations, marking items such as weapons, vehicles, attachments and much more.

You can access the Universal mark feature by long tapping on the right which is marked such as locations such as google maps symbols, etc. There will be several menus such as defend, attack, someone has been here and many more.

Everything you can use to make it easier to communicate with friends in the game quickly without having to activate the mic or type in chat.

Then how to activate the latest feature, namely universal mark? just look below in more detail.

How To Enable Universal Mark On PUBG

For users curious about how to activate universal mark in PUBG mobile then you can see the information below.

Step 1. Make sure your PUBG Mobile game version has been updated to the latest version, namely version 0.17.0, if it hasn’t been updated, please update via Play Store.

Step 2. If it has been updated, open the PUBG Mobile game and enter the Settings menu 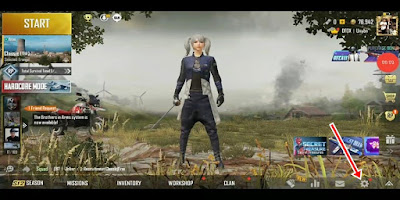 Step 3. On the basic menu, please scroll to the bottom. 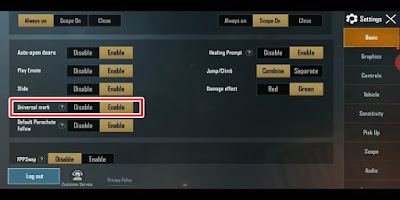 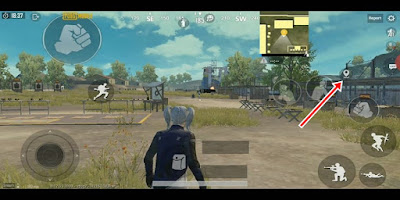 Step 5. After the universal mark feature is activated, the game will display a sign like the one below and you can access this feature from the menu.

Read: How to Change Email Password Related to PUBG Mobile 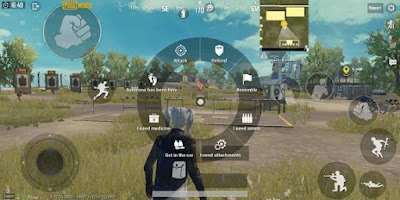 So that’s how to activate the Universal Mark on the latest version of PUBG Mobile. That is all and thank you

For other interesting information you can also see how to activate the PUBG mobile death replay feature for unsupported phones which have been discussed in previous tutorials that may be very useful for you. If you found this guide useful, let us know in the comments.