How to Send Hijab Stickers Memoji on Android Like Iphone

Iphone and Android do have differences from the start of the operating system, appearance and also the features in it. There are features that don’t exist on Android but exist on iPhones such as the Memoji Sticker feature on the iPhone, on Android there is no feature to be able to create Memoji stickers, but for those of you who still want to have this feature, you can outsmart it by downloading the Memoji Sticker app from the Play Store. This sticker app is for use in the Whatsapp app, so how to use it is very easy, namely by just adding stickers to Whatsapp as usual, the difference is that there are sticker stickers that look similar to memoji stickers on the iPhone. So this way you don’t have to buy an iPhone first to be able to send memoji stickers, just use this method. For those of you who want to add hijab stickers, they are also available on the Play Store. How to use? Let’s see the steps.

How to Send Hijab Stickers Memoji on Android Like Iphone

For those of you who intend to follow how to send hijab stickers memoji on Android like iPhone then you can see the tutorial as follows. 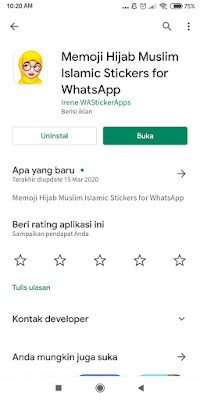 2. If you have already installed the app on your phone

4. There are lots of hijab memoji options that you can add to WhatsApp, tap the + icon to add

Read: How To Make Google Voice Without Apps On Android 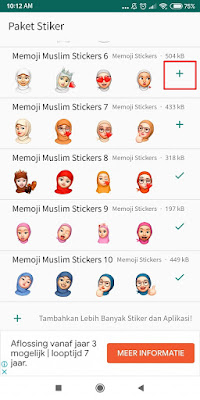 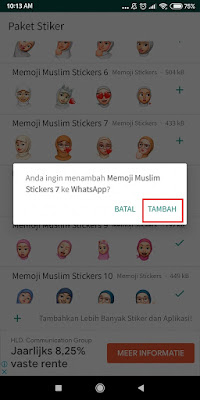 6. Done, now the hijab sticker has been successfully added to your Whatsapp and please send it to your friends as usual 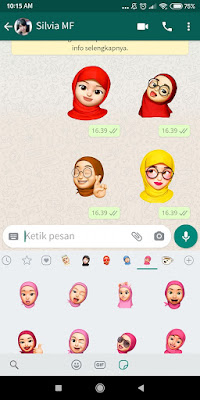 So that’s how to send Hijab Stickers Memoji on Android like Iphone, good luck and hopefully it’s useful

Read again some interesting information from other JavaPhones such as how to send memoji sticker on Whatsapp Android like iPhone in the previous article. But if you have another easier way, you can write it in the comments column below.